The Dunross Preparatory School was opened in 1955 on Long Circular Road, when a few parents, including Mr. Harry Ross and Mr. Henley Hutchinson, got together to form the school.

In 1974 when there were 200 children at Dunross Preparatory School, Mr. Ross informed the parents that the school would close down in December 1975 as the land was being sold.

In September 1978, land was purchased at 96a St. Anthony Drive, Westmoorings. 18 new classrooms were built and the school moved to its present location. Later on, the Science Lab and the Music Room were added, along with a separate office block. Over the years, the school has expanded with a fully equipped library and a continually upgraded computer room. Most recently, a new larger Science Lab and Art Room have been added. Currently we have 450+ students in our school. 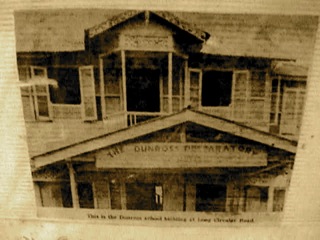